It is the evening of Thursday February 16th and at midnight I will begin the celebration of my 3rd decade on this planet. While I look to the future with caution, I cannot help but look toward the past and see how much I have changed along with my surroundings.

The Religious Right is a term you have most likely heard many times via the media and other social media platforms. Specifically, this term has been used to label and identify the supporters of the political right or in the case of the United States, the Republican Party. Don't worry though, we have the religious right in Canada as well and while this term has been around for some time, it has recently undergone a transformation.

Now known as the Alt-Right, many people who once may have teetered toward the right of the political spectrum, have either been lumped in altogether with those of the extreme right or through pressure of the media and their peers, now cannot escape the self identification of a supporter of the right, also known as the religious right.

While I personally do not associate with the political or religious right, I do feel that it is unfair to automatically assume that anyone who associates with religion, specifically as a Catholic, should be lumped with someone who shares extreme views such as white supremacy.

As the years have passed, I have noticed that the Catholic church has resisted as much change as possible, even though the world around it changes drastically. While this has resulted in much of the same in terms of the practices of the church, it has also resulted in dwindling followers and more recently, the advent of fewer devotees who take up the calling.

While I agree that religion and politics must be separated, I do question if it is appropriate that we remove community from society? I question this because many Catholics who wish to continue the beauty of Catholic community, may find themselves in a conflict position when they no longer share all of the viewpoints of that community. 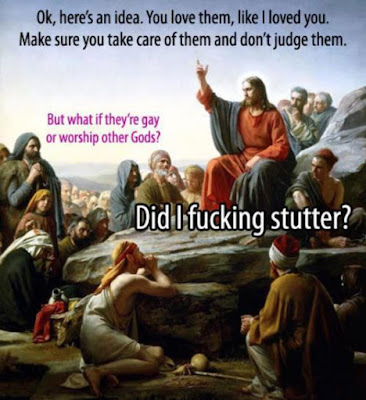 For example: The church still does not believe in the importance of equality in love( Gay Marriage) or the utility of family planning through contraception.

With dwindling followers and churches teetering on the brink of becoming abandoned and derelict, the church has now opened up a vacuum that can lead to one of a few possibilities.

We as Canadians, as Catholics, can continue on the same path we are now and ignore the fall of the organized church as we know it. Or, we can adopt a new outlook that takes empty churches and torn followers who want the aspect of community and create a paradigm shift.

Imagine a church of the religious left, people who wish to follow the teachings of Jesus Christ, but also remain sensitive to the cultural transformations occurring around them.

While this passage was to imply that the church should be left on its own separate from the political affairs of the time, it does still leave some wiggle room. As Jesus also taught, it is utility in treating others the way you wish to be treated and furthermore it is established that all people on earth are essentially children of God. When the church begins to turn away from some of its children and become political in their own affairs, can we not take Mathew 22:21 and turn it around? Can we not imply that the church needs to be adjusted in order to continue true to its general principles? In this case, the religious left should rise up and take back the church that it wishes to follow, but has become disenfranchised from.

Finally, if you are from a Catholic family and have decided that you question the very existence of God, I leave you with this. If you look at Jesus as a human male who was not of religious influence, treat him like a revolutionary. He did after all walk along Roman highways and through established temples from other religions in order to spread his word. He took an idea born within the tyranny of a dominant political entity and through love and education was able to overcome.

Hopefully this post influences others to begin a discussion on the aspect of the religious left and on the great advantage that exists for a paradigm shift. Plus, it provides an opportunity to break down the barriers that only creates fear, hate and division and brings about the possibility for more community and love.


Posted by Anthony Passaretti at February 16, 2017